Thank you! Your submission has been received!
Oops! Something went wrong while submitting the form.
4261

You may have not known the Embassy in Libya was attacked in 1967, or that it was not the embassy that was attacked in Benghazi, 2012. Also, you may have not known Sean Smith told an online message board that suspected he may die that night, or that the events took place over multiple compounds. Join us on a deeper look into one of the most infamous attacks on Americans in recent memory.On the anniversary of the events in Benghazi, it seems prudent to take a moment to remember those lost. Also, to look at the attack itself, in order to keep it fresh in our minds. Furthermore, to avoid allowing history to repeat itself. On 11 September 2012, the United States Special Missions Compound in Benghazi, Libya was attacked by members of terrorist organizations. This resulted in the loss of Ambassador Christopher Stevens and Information Management Officer Sean Smith. In the early hours of the following morning, as rescue and recovery operations were underway, the CIA Annex was attacked and Tyrone S. Woods and Glen Doherty, both former Navy SEALs, were killed in a series of mortar strikes.[caption id="attachment_22881" align="alignnone" width="300"]

Ambassador Christopher Stevens had concluded his last scheduled meeting for the day. He personally escorted a Turkish diplomat to the gate, only a half an hour before. The Ambassador was in Benghazi on that day in order to supervise progress on several projects. These included, modernizing a local hospital and establishing a new cultural centre. As well as, generate a report on the local security environment to support making the Special Missions Compound a permanent diplomatic post. As the Ambassador retired to his bedroom, the streets were markedly empty. Given the hour, this calm was not entirely unusual. At that time, there were only seven Americans in the compound, including the Ambassador.

At approximately 2140hrs, several large crowds converged on the compound, chanting loudly, and throwing grenades over the compound walls. While it was not known at the time, this group included members of al-Qaeda in the Arabian Peninsula, Al-Qaeda in the Islamic Maghreb, and other radical extremists. Entering the compound, the attacking force began firing small arms and rocket propelled grenades in all directions. Hearing the noise and seeing the attackers on consulate security cameras, a Diplomatic Security Service agent triggered the alarms. Thus, alerting personnel to the attack over the loudspeaker. When the alarm was triggered, nearby compounds, as well as the Diplomatic Security Command Center in Washington, D.C., were automatically alerted to a crisis. Afterwards, calls went out to the US Embassy in Tripoli, a Quick Reaction Force compound just over a mile down the road, and the February 17th Martyrs Brigade.Initially, Ambassador Stevens and Sean Smith were put into the safe haven by DSS Special Agent Scott Strickland, while the other agents moved to collect their weapons from another building. The attackers had acquired diesel fuel inside the compound, and after breaching the building they went to the safe haven to set the outside room on fire. Quickly overcome with smoke, the safe haven became hazardous, and Strickland egressed through the safe haven’s bathroom window. When Stevens and Smith failed to follow him, Strickland went back in an attempt to locate them. Despite entering the smoke several times, the Special Agent was unable to locate the two men. He then made the decision to call for assistance. Climbing up to the roof, the agent used his radio to call for other agents.

At approximately 2200, the CIA’s Global Response Staff (GRS) received a brief on the situation and departed to attempt a rescue operation. Simultaneously, a joint CIA and JSOC team in Tripoli began searching for a route to Benghazi. When the GRS team arrived on scene, they met no resistance. The team then attempted to secure the area while other members searched for Stevens and Smith. DSS Special Agent David Ubben ultimately located Smith, who was later pronounced dead from smoke inhalation.Due to the overwhelming heat and smoke, the team was unable to locate Ambassador Stevens. The decision was made that everything that could be done at that time had been. The team transported the survivors back to the CIA annex. Along the route back, their vehicles were attacked with small arms fire and grenades. Despite extensive damage to the vehicles, they were able to reach the annex without injury just before midnight.[caption id="attachment_22880" align="alignnone" width="300"]

However, this safety was short lived. Just after midnight, the CIA annex came under heavy fire from machine guns, rockets, and mortars. The defenders were able to hold the attacking forces at bay until the early hours of the morning, when Libyan forces along with the JSOC and CIA team from Tripoli arrived. The Tripoli team had managed to arrange transport to Benghazi by going to the local airport and commandeering an aircraft, paying the pilots $30,000 US, and forcing them to make the flight. Intending to assist with the evacuation of the 32 Americans present in the annex at the time, the group arrived around 0500, moving just inside the gates before heavy fire opened up on the annex again.

Eye of the Storm

After a prolonged firefight, there was a brief pause. During which, Glen Doherty (a member of the joint CIA / JSOC group) was informed that a fellow SEAL, and friend, Tyrone Woods (a member of the seperate GRS team) was on the roof of the building. Locating him along with two DSS agents, Doherty tried to link up with them, only to see a mortar round land on their position. Thus, fatally wounding Woods and causing serious injuries to Special Agent Ubben. While attempting to get to cover, a second round fell, striking and killing Doherty.The remaining DSS agents and JSOC personnel, used a feed from a Predator drone to make the decision to evacuate the remaining 30 Americans, and the casualties, to the airport. The drone was placed on station by US Africa Command. The team received small arms fire en route to their objective, but arrived unharmed.

A group of Libyans made entry into the consulate through a broken window. This boodle was made up of a freelance photographer, a videographer, and several students. They found Ambassador Stevens in a smoke-filled room, but did not know his identity. Knowing he needed help, they extracted him from the building. Then the youths transported him to Benghazi Medical Center around 0100. At the time of arrival, Stevens was said to be unconscious but reactive. He was still breathing and making sporadic eye movement. Although, CPR and other life saving measures were taken, Ambassador Stevens was pronounced dead 90 minutes later, and the official cause of death was listed asphyxiation due to smoke inhalation.Department of State officials cannot confirm by what manner the Ambassador’s body was returned to US custody, it was received at the airport and taken back to US soil.

It would be easy to try to assign blame to various people in response to these events. Additionally, to find some target for our anger and outrage that might push back the need to process them a little longer. The facts, however, are the facts. Terrorists used the cover of civil unrest to conduct an attack on American targets and kill American citizens. The Ambassador was trying to show the people of Benghazi that he was there to help them. That he was there to stay. The Information Management Officer, Sean Smith, was an Air Force Veteran and a member of an extensive online gaming community. The two retired Navy SEALs, who had decided that they were not done serving their country, gave their lives defending others.While we take time today, be it a moment of silence, telling old war stories, or having a beer on the back deck to reflect, let us not lose sight of the valuable lessons that can be taken from events like these. Vigilance is everyone’s responsibility. Always train and develop new skills, rather than resting on the ones you have made into reflexes. The most important lesson, though, especially given the events of the today, is that Americans do not quit. Ever. We will always go where we can make the lives of others better, no matter the odds. If you remember anything on this day, it should be to do what you can to live up to this ideal.Article By: A.J. PfefferWhat do you think about this? Sound off on the comments below! 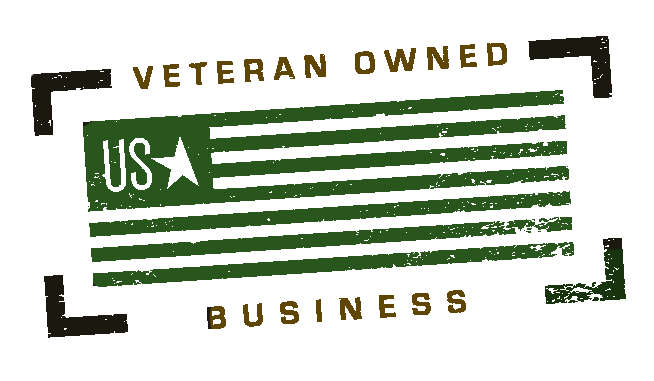 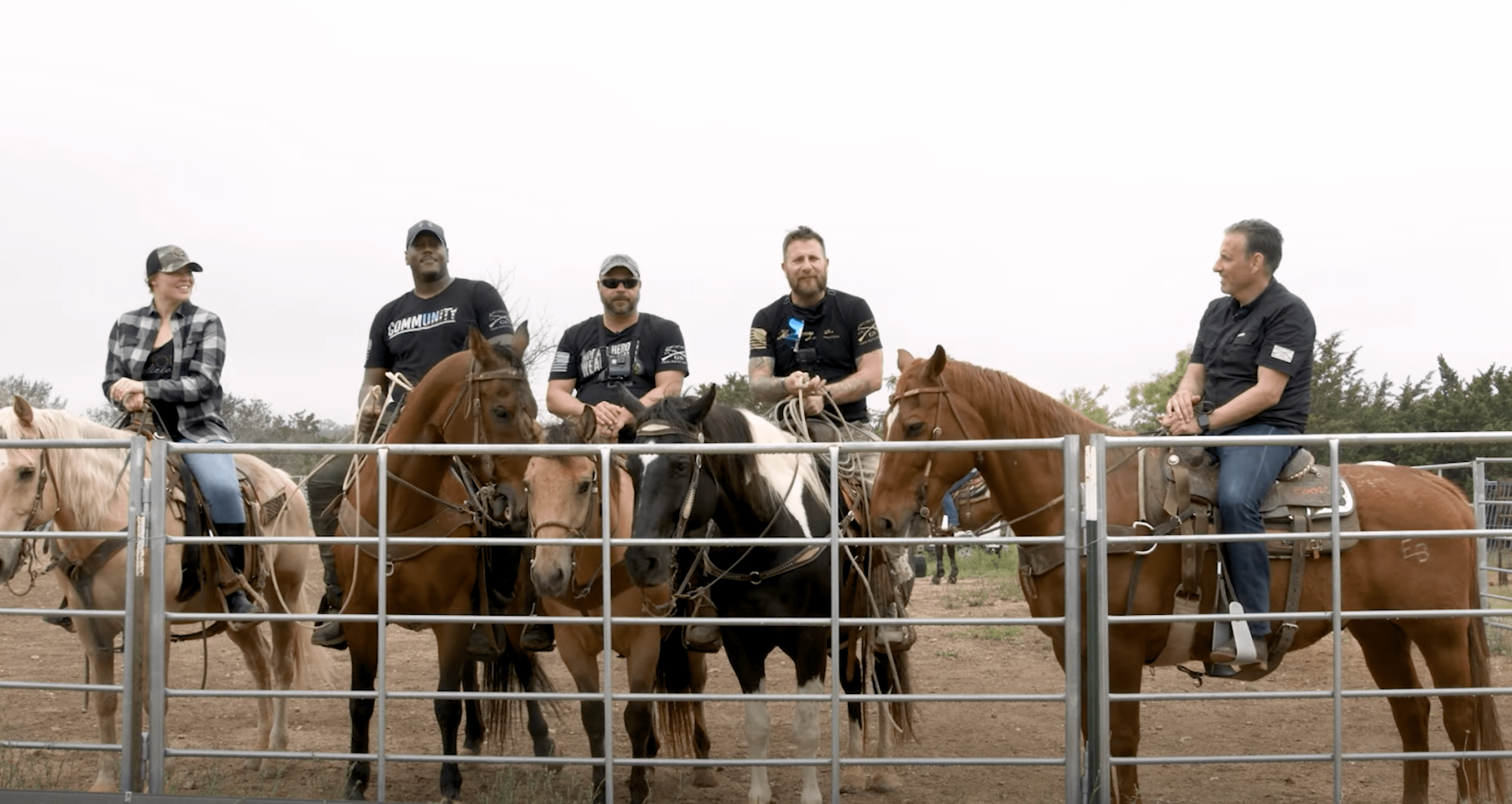