Thank you! Your submission has been received!
Oops! Something went wrong while submitting the form.
4197

We were originally going to write a piece giving you all of the known facts regarding Vanessa Guillen and her disappearance. Quite frankly, you’ve probably already seen the numerous headlines talking about it, especially in the last 48 hours. But we still have questions and we are demanding answers.We FIRST mentioned Vanessa’s name on our live show on April 27th. 5 DAYS after she went missing. With the information released at the time, we knew foul play was suspected. All of her things left behind with only her cell phone missing!? Completely suspect right from the get go.Yet Army Criminal Investigation Command didn’t conclude foul play until last month. This is just the TIP of a very large iceberg we are about to confront. After reading the rest of this article, we WANT you to be SO ANGRY, you call your congressperson and demand change.As Vanessa’s case caught more fame, we circled back to it and began digging. What we found has, well, pissed us the f**k off. Here’s just some of what we found out about the impermissible actions happening at Fort Hood.First of all, it’s not just Vanessa Guillen. There have been over 144 cases of missing, killed, and other servicemember related incidents in the last 4 years. At first, we didn’t believe this statistic so we started researching to see how true it was. This led us to cases like Gregory Morales.Like everyone else, we saw the news where his remains were found while they were searching for Vanessa’s. What you may or may not know is that he was missing 8 months before her and unlike her case, there are no answers 10 months later. We will be going in-depth about HIS case in a whole separate article, so watch out for that.We also found out there are approximately 7 OTHER cases of missing soldiers around Fort Hood. There is almost little-to-no information on these cases circulating. This is where we started to ask some contacts, and the information THEY relayed, left us in disbelief.Meanwhile, to keep you apprised of the timeline with Vanessa- all that was being done so far were personnel searches and the family was beginning to get interviewed across more media channels. This was just before they began to find her belongings near Leon River and Morales’ remains.We learned from multiple sources at the time, there was a potential suspect CID was following. We were also informed about “Assembly of Prayer Christian Church” in Killeen, Texas, right down the main road from Fort Hood. It was suggested this “church” is actually a cult. So, we investigated. Turns out, by doing a simple Google search, SEVERAL servicemembers and people on base talk about church ‘members’ following them and attempting to abduct them. We WISH we were kidding. Here’s proof:[caption id="attachment_22596" align="aligncenter" width="1029"]

Actual Yelp review of the "church" before information of Guillen's body was found.[/caption]We immediately wondered if this is what might have happened to Vanessa. It kind of made sense after all. She disappeared with no trace and this was when her command came out with statements saying no one in her chain had any leads, nor were there any witnesses to what happened.As any good investigating journalists do, we didn’t stop there as there was no real proof this “cult” was the cause of her disappearance. So we kept searching and attempting to reach out to more people, hoping to get a better lead to give to CID and report on.The entire time we searched for information and asked around, we found more cases. More cases of soldiers put on AWOL status for MONTHS, only to turn up around the base dead. Of the over 15 cases we searched from the last couple of years, only 1 soldier was found alive in Louisiana. One soldier. One. Soldier. Found. ALIVE. The rest had various causes of deaths, some accidental, some self-inflicted, a few of them with no additional information. We also found it odd there was never a cause reported for the found soldier’s desertion. We also could not distinguish the soldier’s profile on social media in an attempt to ask ourselves.We continued to dig. At this point, we were past curiosity. This information became straight infuriating. How has there been so much going on at Fort Hood with no major actions taken by the post commanders over the years? We talked to and saw comments across many platforms of several people who have trained on this post. They said one of two things- they either knew NOTHING about any of these things going on OR they heard about it and knew almost nothing was done about them.Just before it was released Vanessa’s belongings were found, which of course really started to produce more information…. We began to see people talk about tunnels under West Fort Hood and how a lot of seedy things have gone on there. Sure enough, research led to the fact of this being a real possibility also. Comments and multiple results of people who had seen or heard of things happening around these areas.Fort Hood is a large base. The third largest U.S. military installation in fact. There are hundreds of tank trails and live fire training acres. At the end of the day, the possibilities became endless. Our heart began sinking, but our research was showing Vanessa had a chance of still being alive, somewhere, on Fort Hood. Or so we thought. So we hoped.Vanessa’s family began holding press conferences in front of Fort Hood, demanding their daughter and sister be returned to them, alive and well. At this point, most people on social media and across the nation were becoming aware of the young missing soldier. They were also becoming aware of her sexual harassment allegations.[caption id="attachment_22597" align="aligncenter" width="1200"]

Family press conference in Washington D.C.[/caption]Allegations that were apparently not taken seriously at first. At least not until the story received so much publicity it could not be ignored and the command HAD to launch a formal investigation. This is truly the pivotal point in the entire story. This is when organizations like League of United Latin American Citizens (LULAC) began offering rewards for information and the world began backing Vanessa Guillen.Information began pouring in. Of course, there are still details coming to light about how CID finally caught wind of the suspects and began to put them in custody. Then, one of the many search organizations found items belonging to Vanessa near Leon River.Then three sets of human remains were discovered, two sets potentially belonging to Morales. Again, more on him later. It was quickly concluded the third set of remains were most likely Vanessa’s. The very next morning we also learned that as police were headed to arrest a secondary suspect, he shot and killed himself. Dare we say- what a f*cking coward. More information is still coming to light on other suspects, etc. so we won’t speculate too much here.The family also held a press conference in Washington D.C. the day after the potential remains were found. During this conference, the family’s lawyer demanded action by the Army and members of Congress. They demanded a third party investigation to ensure they found answers that could not be hidden by the commands involved. Guillen’s sister demanded Fort Hood get shut down.They also met with Congresswoman Tulsi Gabbard, who is a Major in the Army herself. Gabbard stated when she asked about details of the investigation, she was lied to. She said she also asked several members of congress to support a full investigation into Fort Hood and the goings on there.Vanessa Guillen wasn’t in a tunnel and she was not abducted by a cult located just off post. She was taken and dismembered by her fellow soldiers, shoved into a pelican case, taken off post, buried with lime and cement, hoping it would hide her body. Her family is slowly getting the answers they have waited weeks to have.Unfortunately, they are not the answers anyone was hoping for. Vanessa Guillen is dead because the very people who were supposed to look out for her and her well-being- non-commissioned officers of the United States military- killed her. They also lied to their chain of command and many other things that will surely come to light as the investigation continues. If we tried to cover every detail, this story would never get finished and this article is lengthy enough. If you noticed, we also didn't mention the sex trafficking busts that happened during this either.This is just one case. SHE is just ONE case. One person we still have questions about. One servicemember in almost 200 that has lost their life around this post. A post many have said is far removed from the name The Great Place, as Hood is called.Her family will receive answers, they will eventually get to bury their daughter with the appropriate honors. Others have yet to be able to do so. Our hearts go out to Vanessa’s family as they face these tragic answers.Our hearts are also with all the other families who have lost soldiers around Fort Hood. Again, some who have had their questions answered, some who are still waiting. At the end of the day, the message is clear- SOMETHING NEEDS TO BE DONE ABOUT FORT HOOD.Better base security, more widespread knowledge of incidents involving soldiers, ANYTHING is better than having a mass amount of soldiers dead for nefarious reasons. Maybe things happen, but if you research it and look into it, NOTHING happens like it has on the scale around Fort Hood around these other military installations.So we challenge you- research it. Demand change. Contact your congressperson. GET FUCKING ANGRY. These are our brothers and sisters and WE SHOULD NOT REMAIN SILENT. 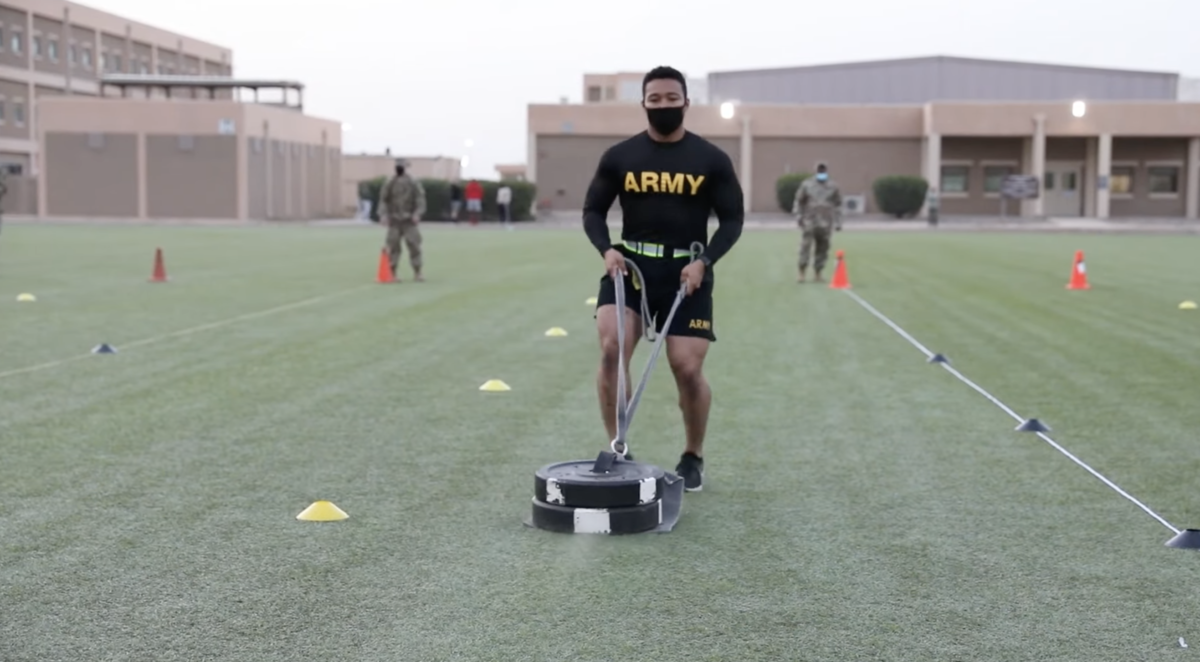