Thank you! Your submission has been received!
Oops! Something went wrong while submitting the form.
4206

Here at American Grit, we aim to share stories exactly that-American Grit. Stories of courage, commitment, and sacrifice. Often times those stories are about those in uniform in distant lands. However, we also recognize the many stories of "Grit" that happen everyday across the American citizenry. One such story is the story of 65 year old school teacher and coach Stephen B. Lewis.The Connecticut native who often goes by Steve, has been on on a mission for the last 4 years. His mission to recognize our military's fallen. Furthermore, to raise awareness for the demons so many veterans face such as PTSD and suicide. Through this mission, Steve has connected with so many people. Through his work, he has not only raised awareness, but also financial support for a unique area of support for veterans.[caption id="" align="alignnone" width="552"]

Who is Steven B. Lewis?

Steve's family lineage is one of service to the nation. Although Steve himself is not a military veteran, his family history with the US Army goes back to World War 1. It was 1978 when Steve graduated from the University of Michigan and set out to follow his family's history of service and join the US Army. Steve's hopes would be cut when a medical condition would prevent him from serving in any capacity.Still wanting to serve the greater good, he leaned on his education and love of history and athletics to serve in another way. Steve became a teacher and coach of football and later track and field.

In the immediate years that would follow the attacks on 9/11/2001, Steve would learn of a number of his former students and athletes had answered the call to serve in the military. Particularly, 2 who would become US Army Rangers. Steve started closely following any news of the 75th Ranger Regiment. In doing so Steve was especially impacted at the news that 3 Rangers serving with his former athletes were killed in action during operations at the Haditha Dam in Iraq in April 2003. In the years that followed Steve would connect more and more with veterans and learn about the challenges faced by many.

In 2016 Steve made the decision that he needed to do more, he needed a mission. It was on one of his weekly drives to Providence, Rhode Island that he realized how he could help. Steve decided that on Memorial Day weekend, he would walk the 70 miles from his home in Connecticut to Providence, RI. In the hopes he could raise awareness and money for a cause he believed so greatly in, the cause to help veterans struggling with PTSD. The "walk" which Steve has now been doing every Memorial Day Weekend since 2017 is not the only part of his mission. Throughout the year Steve trains every weekend on a series of hikes throughout New England to prepare for the annual 70 miler.

Recognizing the Fallen on one of Steve's many training walks

Steve always makes a dedication to a fallen service member. He carries a large laminated photo of the fallen. As well as details on who they were and where their watch was ended. Through his efforts, Steve has drawn tremendous attention to the sacrifices of these fallen Americans and has touched the hearts of the families and friends of the fallen. The annual 70 miler concludes at McBride's pub in Providence, RI where festivities and additional fundraising takes place.[caption id="" align="alignnone" width="720"]

The money raised by Steve goes to support the work done by "Comfort Farms" in Georgia. Comfort Farms is named in honor of Captain Kyle Comfort, who at age 28 was killed in action while serving with Company D, 3rd Ranger Bn (3/75). The Alabama native was killed during operations in the Helmand Province of Afghanistan on May 8th 2010.[caption id="" align="alignnone" width="500"]

"Rangers Lead the Way" founder and Ranger Veteran Jon Jackson[/caption]This labor of love was started by former Army Ranger Jon Jackson. Comfort Farms has long been doing unique and amazing work for veterans. The organization also known as "Stag Vets" provides an environment in nature where veterans can alongside college students can gain the knowledge. Furthermore, experience to pursue careers in sustainable food production. Their mission statement:

"Our Mission: We promote a structured, holistic approach for displaced veterans suffering from PTSD and other invisible disabilities, aiding their reintegration into family, society and economy."

There is no doubt that Steve's activism and his long walks that he has made a huge contribution to the work Stag Vets/Comfort Farms is doing for veterans. When asked or recognized for his efforts, he states simply that he is a Servant to a Mission.Stephen B. Lewis you sir are an example of American Grit."This we'll defend"For more information on Stag Vets/Comfort Farms click here.To follow Steve's mission on Facebook, click here. 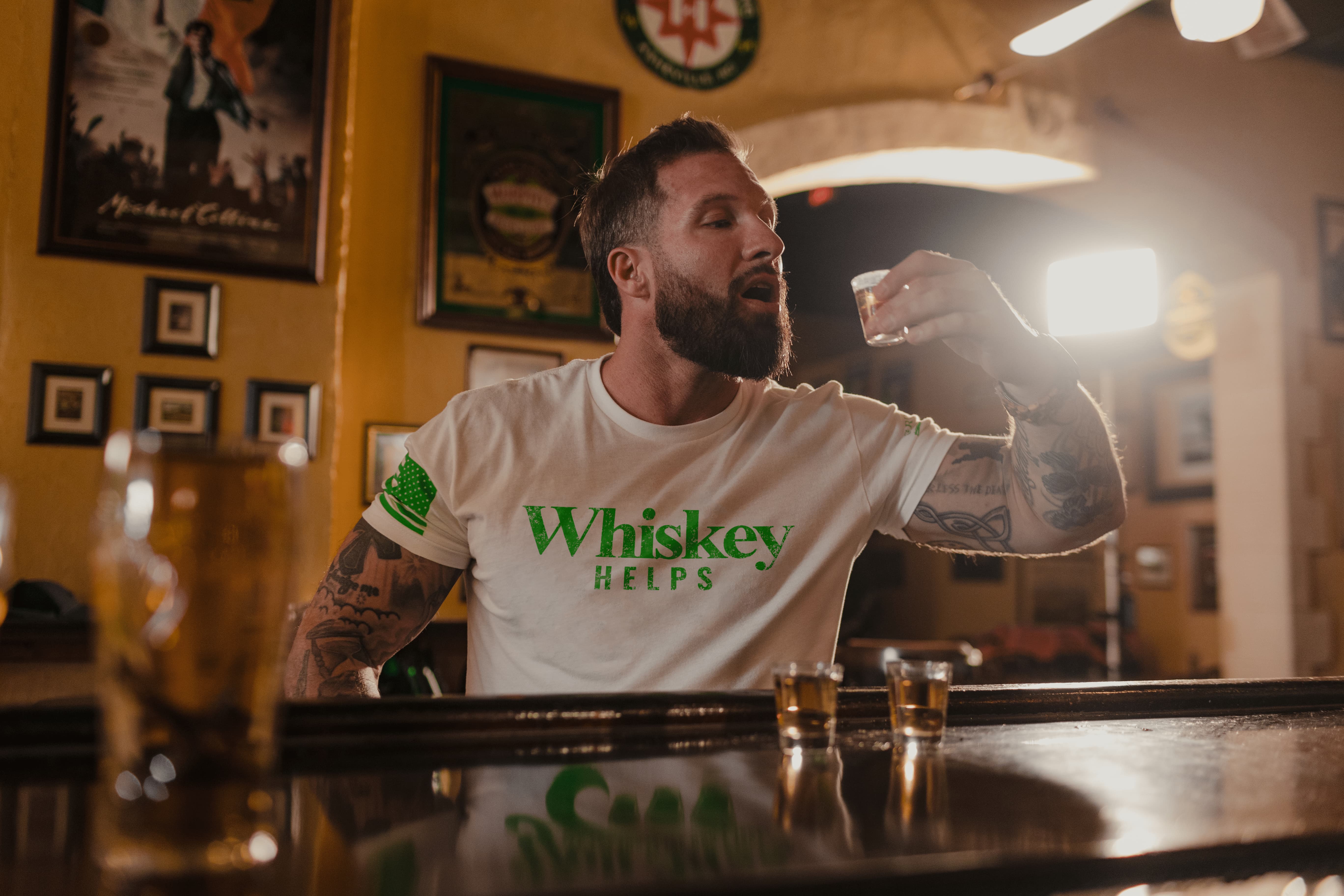 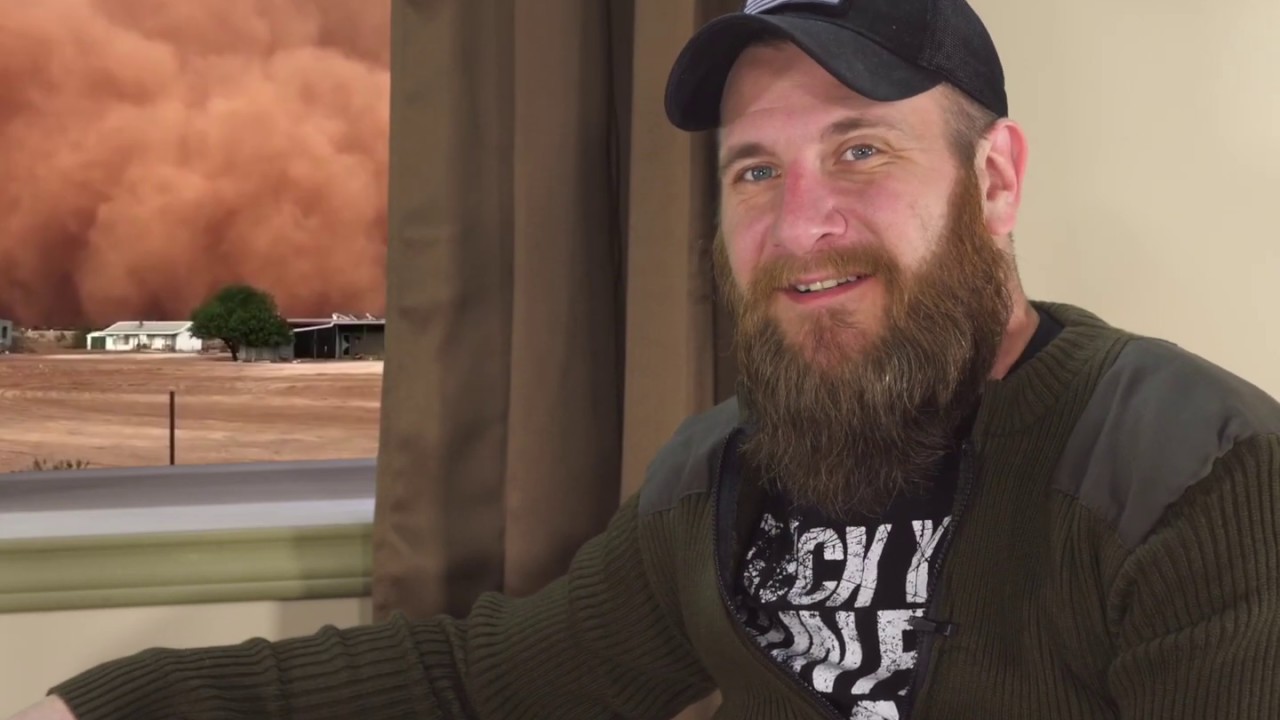